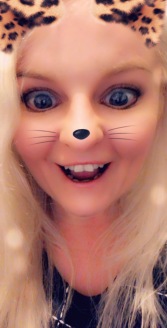 Its it just me or is this world gettin a little toxic? I mean, I know bad things happen, but the other day a series of events made me wonder where exactly this world was heading.

I was standing in the post office, just doing a little personal admin. It was soon after that I heard “Ill get you in a headlock!” in the quiet, office like atmosphere. I looked around for some sort of armed robbery situation, a hangover from my many years of working in the prison system. But I saw a teenager, promptly leaving the post office, with what seemed to be her father following hotly behind her.

A domestic, in the post office. I know how these things work. If that is how that slight teenage girl is threatened by her father in the post office, then I shuddered to think of what would occur behind closed doors. No-one batted an eye lid. The photocopier kept going, the customer service continued without a flinch, no-one even stirred. It made me even wonder if I had even heard correctly. It was weird, and eerie. I wondered whether people thought if they all ignored what happened then it just didn’t happen.

I turned back to my parcel and continued what I was doing, a bit confused about what had occurred. I then went and lined up in the post office line. A few minutes later a woman’s phone started ringing behind me. She answered the phone with an ear wrenching scream “WHAT DO YOU WANNNNNNNNNNT!”. I turned around shocked by the ear bashing this person on the phone had just received. The little lady continued her barrage into the phone before she casually hung up the phone and placed it in her handbag and continued to browse the Minties stand.

What the actual f$%#. Again, I looked around the post office to determine other peoples reactions. They kept stapling and talking and answering phones, like nothing had happened. No-one had even startled. It was like I was in the freakin twilight zone. Now, I have lived alone for a while now, but surely, this was not how people generally interacted day to day. Two interactions in the space of 5 minutes of humans abusing the crap out of people. In a post office.

Have we just become less bothered by what other people see and hear? Or does society not want to know about it. I mean we all see those videos of fights on the train, or people being mistreated in public whilst other people stand by and think- Well I wouldn’t do that. But as I stood there in disbelief and wonder, I thought about how times had changed. We are not even restrained in our mistreatment of others anymore.